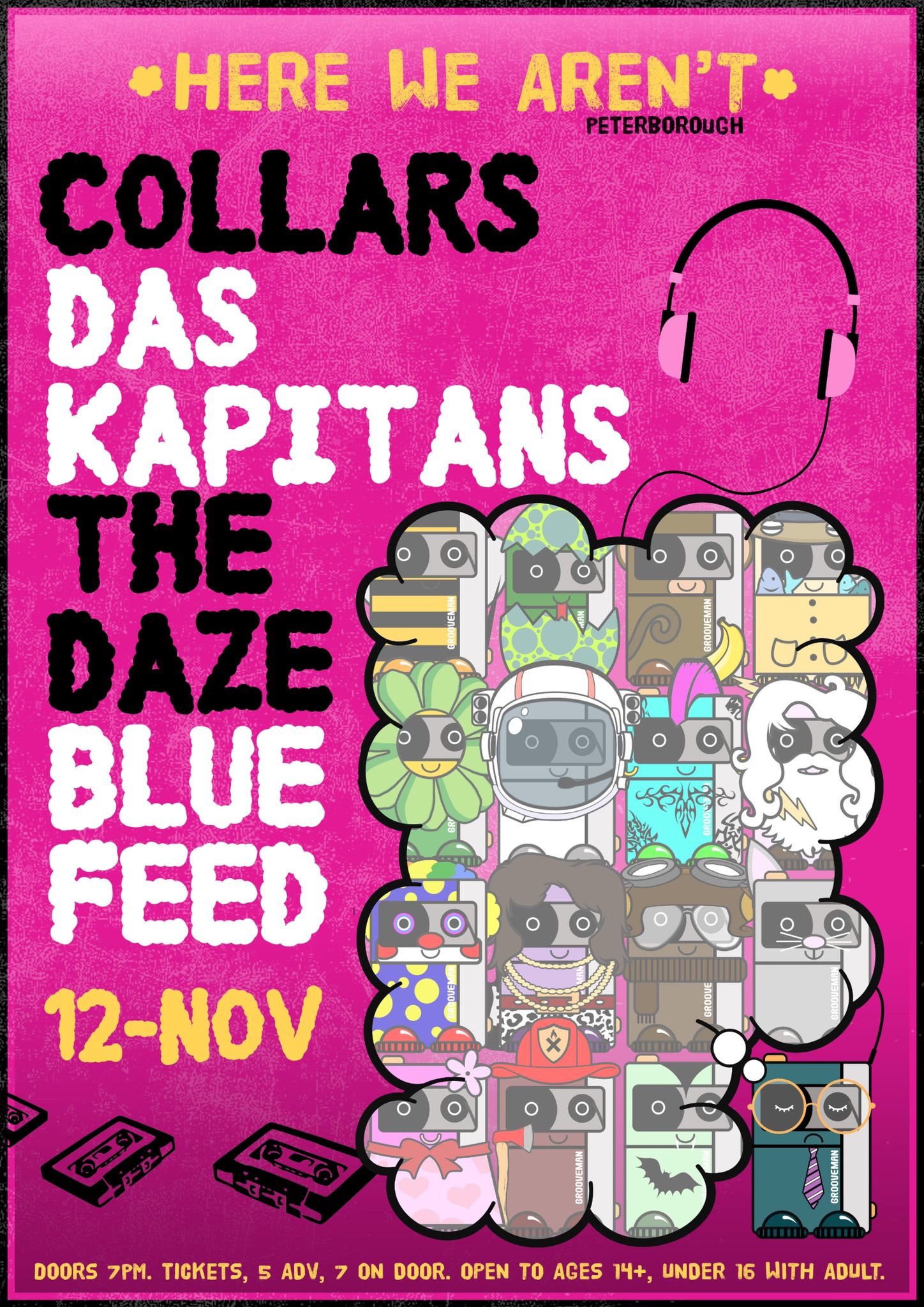 Collars bring their Clyde tour to Unit 18, with a selection of fantastic support acts.

COLLARS
These indie punks from rural Cambridgeshire make a big racket on a DIY basis – one sings, while the other plays guitar and drums at the same time. The results? One-of-a-kind indie that harks back to the noughties and ought to please fans of The White Stripes, YYYs and Paramore. Since forming in 2018, Collars have won BurySOUND, supported The Boo Radleys, The Long Blondes and Deadletter, and been played on numerous BBC Introducing shows, including 6Music. They’re currently out touring and promoting their debut album Clyde, which dropped 2 September.
fb.com/collarstheband
DAS KAPITANS
From the depths of East Anglia, Das Kapitans are a DIY, lo-fi, post-punk, garage-punk, alternative feast, taking influence from bands including Fugazi, The Spits, Blur and Joy Division. Formed at the back end of 2020, the trio released 12 albums in 2021, followed by the stellar ‘Debut’, which dropped this summer. Not content with churning out hits, the band also presents a podcast, Das Kapichats; runs a Bandcamp-only record label, Socks On; and hosts the free punk fest East Angrier. They’ve supported Snuff and Press Club and scored airtime on BBC Introducing. Now catch them doing what they do best – playing live, duh.
fb.com/daskapitans
THE DAZE
Garage-rock five-piece straight outta Bury St Edmunds, aka Rock City.
instagram.com/thedazebse
BLUEFEED
If you’ve ever thought, “Man, indie music was so kickass in the noughties”, then boy have we got a treat for you. Up-and-coming Suffolk trio BlueFeed exude everything that’s great about the genre we know and love as indie, not just from the noughties (although there’s a hefty dose of that) but throughout the ages, from The Kooks to The Kinks and back again.
fb.com/bluefeelofficial

This is a 14+ show. Under 16s must be accompanied by an adult. ID may be requested and will be required for the purchase of alcohol.

We take steps to ensure information provided is as accurate as we can make it but do acknowledge that sometimes a third party may make changes to the details of any event which may not be reflected here. We can take no responsibility for any disappointment which may arise and we strongly encourage you to click through to the event’s own internet presence for the latest up-to-date information.